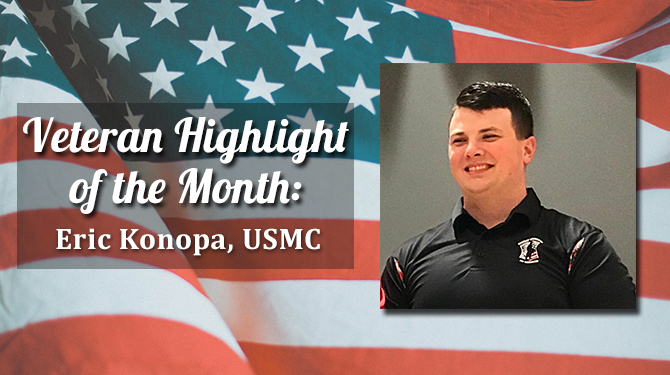 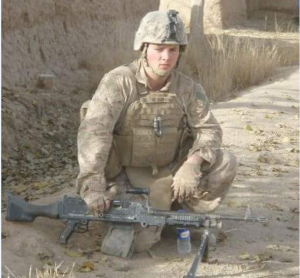 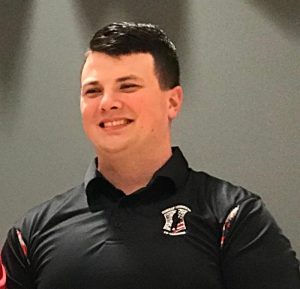 Shortly after turning 17, Eric enlisted in the Marine Corps. He chose the Marines not only to be part of “the few and the proud,” but believed in its core values of honor, courage and commitment. In joining the Marines, he also wanted to be part of even a smaller group: Infantry.

After graduating Infantry School, he was assigned to 2nd Marines 6th Division. From there, he completed two combat deployments to Afghanistan. Both of his deployments were to Marjah in Helmand Providence, where he was a part of Operation Moshtarak . It involved 15,000 American, Afghan, Canadian, Estonian, Danish and British troops and constituted the largest joint operation of the War in Afghanistan up until that point. The aim was to remove the Taliban from Marja and eliminate the last Taliban stronghold in central Helmand Province. The main target of the offensive was the town of Marjah, which had been controlled for years by the Taliban and was well-known as a major hub for drug trafficking. This was fueled through the growth of poppies for heroin and marijuana.

Each deployment had its hardships that come from a combat deployment, but he was one of the few that came out without a bullet hole. It’s an experience that is incredibly difficult to understand and describe to someone who has not experienced it.

USMC deployments are usually about seven months long. That’s months and months of dealing with the same people every day with no break.

Forbes.com contributor, Jonathan Kirk Davis, Veteran of Operation Iraqi Freedom, Sergeant in the United States Marine Corp best describes how veterans feel when they return home as this: “In the best-case scenario, you are under the constant threat of surprise attack. Car bombs, roadside bombs, suicide bombers, mortars, people looking at you who absolutely hate you. In the worst-case scenario, you actually fight. You might kill people. You might lose friends … it is never never the same as before you left. You are changed by the experience of a combat deployment, even after the first. Every time you go, you change. And so does everyone else that you care about. Young Marines often have a hard time keeping control … It takes time before everything settles down emotionally.”

When Eric returned home, he was working as a Corrections Officer for the State of Florida. However, generous contributions from our loyal CVC patrons have helped him transition from “just a job” working within the State Prison system to a real career. Eric is currently enrolled in the EMT/Fire Academy at Lake Tech College working toward his degree to become an EMT Fire Fighter.

Eric says, “I have always wanted to give back to the community that supported me and this is a way for me to continuing serving and helping everyday people. My experience and training in the Marines has helped me grow as a person and now I want to help others.”

We are so thankful for your service, Eric!