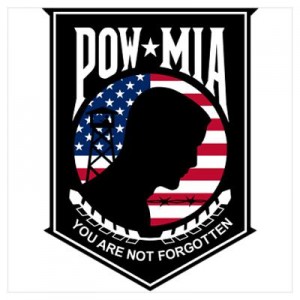 From November of 1955 to April of 1975, the American men and women dedicated 19 years, 5 months, 4 weeks, and 1 day and countless lives to the Vietnamese people in hopes to promote capitalism among the blossoming nation, and preserve liberty amongst the nations who already knew the blessings of freedoms, that we in America hold to be self evident.

The conflict in Vietnam created domestic turmoil for the United States. Many civilians strived for peace and for the United States to stay out of the war, but for most, the call to duty drafted them into service. Because of the social revolutions on the home front, many veterans of Vietnam came home and their time abroad was thankless and shortly forgotten. There were many who did not make it home, only a flag in their place, as a token of appreciation for their service to our country, however, for some, they were never presented a flag, as to their loved one was taken as a prisoner of war (POW) or they went missing in action (MIA), leaving only questions unanswered.

Shortly after the end of the Vietnam War, in 1979, Congress resolved to preserve a day in remembrance of all those POW or MIA. Now, on the third Friday of September, the United States is called to remember those lost defending American ideology.

The Vietnam War brought recognition to the Prisoners of War and those Missing in Action, with 1,641 Americans still unaccounted for, however this day serves to remember the 83,189 Americans, since World War II, to this day, still identified as a POW or MIA by the Defense Prisoner of War, Missing Personnel Office.

As we raise the POW/MIA flag today in honor of those men and women, remember their families, and the sacrifices, but of all that is at stake when our military is called to serve, protect, and defend our great nation. We as a Nation can NEVER forget the service and sacrifice that is made on behalf of freedom.