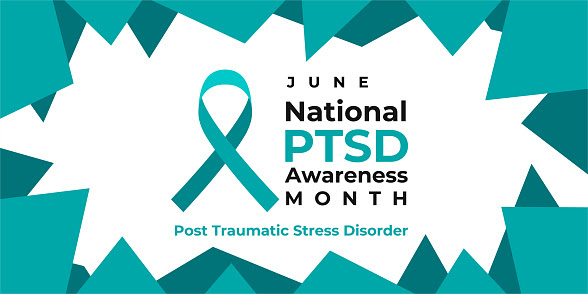 The history of PTSD being recognized as a disorder goes back as far as 50 B.C. in a poem by Hippocrates, where he describes the experiences of a soldier returning home after battle.

PTSD has gained attention with momentum following each era of War.In some wars like the Civil War, soldiers and civilians both reported symptoms of PTSD such as anxiety, insomnia, intrusive & disturbing thoughts, and flashbacks. More symptoms include hypervigilance, mood swings, and avoidance.

Treatments following the World Wars and Vietnam War included electric shock therapy and other painful options. During these times a negative stigma around PTSD was created. Today, thankfully, more effective and empathetic treatments are practiced such as group therapy, talk therapies, and recreational therapy – which is the heart of our “What’s Next” Program here at Combat Veterans to Careers.

The main purpose of PTSD Awareness Day/Month is to spread the message that talking about PTSD is a step we can all take towards helping those that suffer.

All throughout the month of June at Combat Veterans to Careers, we will be sharing information about different ways all of us patriots can help Raise Awareness on this very important issue that drives the existence of our nonprofit organization.

It is our passion and duty to change the stigma that speaking up about PTSD and seeking help for it is not a weakness, but that taking a step towards getting help is the strongest and most important decision one could make to change their life for the better.

The overall goal of our Combat Veterans to Careers “What’s Next” Program is to reduce not only the number of Post Traumatic Stress related suicides of Veterans (22/day), but to also reduce the number of attempted suicides (53/day).

We believe that treatment works and will continue striving to implement ways to improve the quality of life of those that suffer from combat related PTSD.

Thank you for taking the time to direct your attention on this very important topic. If you are interested in ways to help Raise PTSD Awareness, stay tuned throughout the month of June as we will be sharing information on how you can contribute and participate in Raising Awareness.