The transition out of the military can be daunting for many. So many changes to veterans’ lives take place all at once. Therefore, it is fairly common for a veteran to feel somewhat lost as they take the steps towards starting their civilian life.

After four years in the United States Marine Corps, James Robinson faced a lot of uncertainty going into the next chapter of his life. He knew a lot would change, but James explained, “I was unsure what getting out of the military was going to be like. I was pretty much given some papers to sign, a pat on the back, and told good luck.”

In this respect, James was like many veterans. He had no plans and no direction as to where his life was headed. It was very difficult for James to make a successful transition. He shared, “I had no job to go to, no idea what I wanted to do, and no resources to direct me.” James had a family to support; however finding a decent job was difficult, so he ended up moving from one job to another, working wherever he could find work. He found, “in the civilian life, it tends to be a dog-eat-dog world.”

James felt alone and lost in the civilian world. He quickly came to miss the structure and camaraderie the Marine Corps offered, something he thought he would never find in the civilian world, “In the Marines, it was a band of brothers, and everyone helped everyone until the last man finished his job. Each man helped the next in the chain; we would all be policing each other. It was a structure that truly built on teamwork, and there was no individuality.”

James was an example of how uninformed many veterans are of the benefits they qualify for just for being a veteran. He did not know that school was an option for him, but he was wrong. Combat Veterans To Careers helped James transfer his Montgomery G.I. Bill benefits to the Post-9/11 G.I. Bill, which allowed him to be able to enroll in school and develop career-oriented goals. They also provided him with support ranging from moral to financial. Combat Veterans To Careers even engaged James in budget counseling to help him better prepare , plan, and save for his family’s future

Further, James found the camaraderie he had been missing. He shared, “The volunteers that help the program dedicate their personal time for our cause. They are the people who care and realize what we go through [in the military] and the sacrifices we make for the greater good.” 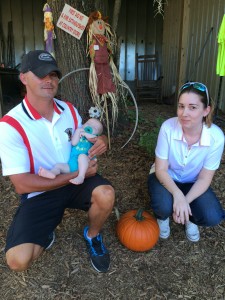 James is currently making strides in his academic career, as he is attending college to obtain a degree in turf maintenance and business management. He aspires to be a golf course superintendent. In his spare time, James attends charity events and volunteers with Combat Veterans to Careers to get involved and give back to his community.