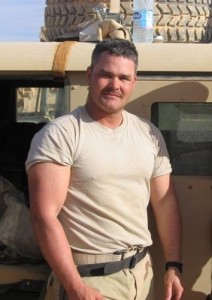 In life, nothing is guaranteed and things will not always go as planned, but it seems as though these impromptu experiences lead you right to where you are meant to be, and no one knows this more so than David Booth. David had his life planned out; he would finish a career in the United States Army, go to Podiatry School, and be a foot doctor, the plan was simple, and flawless. However, in 2006, his plans were interrupted, and now David has dedicated his life to providing the help he once needed, to others.

As a combat medic, David deployed three times, but in his last deployment to Iraq, the vehicle he was riding in, struck an improvised explosive device (IED) severely injuring David. Suddenly, the tradition homecoming, and carrying on with life as planned, was no longer the path David would be taking. David was medevac’d from Iraq to Balboa Naval Medical Center in San Diego. It took time, there was a lengthy, recovery, but ultimately his injury, eventually led to a medical retirement, and his transition out of the service became more difficult than David ever imagined it would be or had planned for it to be.

As hard as his recovery was, the change from being in the Army to being a civilian was much more difficult. He found himself internalizing, and thinking that no one else understood him, what he had experienced; David felt a disconnect with the world around him. He described, “Dealing with the pain and helplessness was unbearable. Even brushing my teeth was a chore. I was very angry at the world. I felt my life was cut short. Dealing with the pain everyday. I couldn’t do the things I used to.”

As time passed David was able to work through, and past, his obstacles, and came to the realization that his injury and time in service should not dictate his transition to, and success in, his new civilian life; it should only supplement and enrich his future. David knew that his original plan needed to adapt to his new lifestyle and circumstances.
While David learned to not let his injury define him and restrict his life, he also came to appreciate the lessons he gained from the experience. David is not the only service member to ever have been susceptible to the fear of life without the military, and he recognized this, thus decided he was going to do something, and that he could change and positively impact his fellow service members, just as he did as a combat medic.
David said, “I know how I felt, I was in a bad place, and no veteran should ever have to feel like that.”

In 2012, David took the life lessons he had learned, the motivation he had to impact the life of someone else, and founded Combat Veterans to Careers. Since he has been able to touch the lives of others and their families who are making the transition from the military life to the civilian life. Acculturation into the civilian world can be demanding, difficult, and sometimes disheartening, which can deplete the motivation to excel in a way unique to veterans, and discourage veterans, leading to them not being able to adapt, and even flourish, in their new civilian life, but Combat Veterans to Careers has committed themselves to providing extensive case management in educational and employment readiness services, working to address the problem of access to the essential foundations of modern living, and providing the 360 degrees of support necessary for the enhancement of the quality of life for the underprivileged and economically disadvantaged population of military combat veterans across the country.