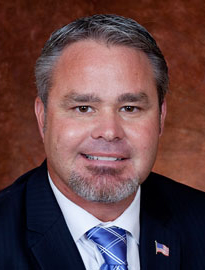 David Booth is a medically retired Army Master Sergeant, who was released in 2010 with 100 percent disability from injuries sustained in Iraq. As a combat medic, he often faced situations that tested his resolve. In September 2006, David was returning from a mission in Iraq, when his vehicle struck an IED, killing two soldiers and breaking his neck.

David was returned to the States to recover and learn how to walk again. After three years in the San Diego Warrior Transition Unit, he was able to walk normally but became medically retired from the Army. It was during this time of transition to civilian life the he discovered the great need he shared with many other combat veterans, physically wounded or not.

So in May 2012, David launched Combat Veterans to Careers to address the challenges of affordable housing, education, vocational training and other unmet needs of combat veterans and their families. Through CVC David continues to create opportunities and provide support for many in need.